And Joan Rivers has something to say about it. Lol. An 8 year old schoolboy, Sanele Masilela, married 61 year-old married mother of five, Helen Shabangu, over the weekend, because the ghost of his dead ancestor told him to and his family, fearing divine retribution, organized a quick wedding.

Defending the wedding, Sanele's family said it's not legally binding, it was just a ritual. They didn't sign a marriage certificate and won't live together. Sanele's 46yr old mum, Patience Masilela said:

'This is the first time this has happened in the family. Sanele is named after his grandfather, who never had a white wedding before he died so asked Sanele to get married. He chose Helen because he loves her. By doing this we made the ancestors happy. If we hadn't done what my son had asked then something bad would have happened in the family. I didn't have a problem with it because I know it's what the ancestors wanted and it would make them happy.

TF? Lol. See more photos from the wedding after the cut... 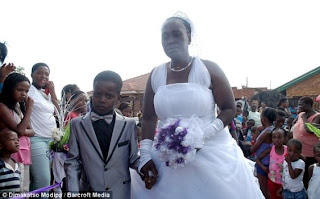 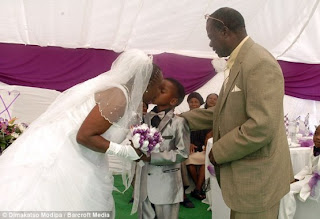 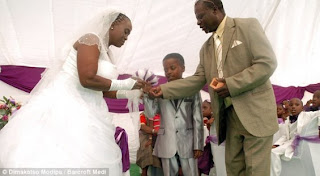 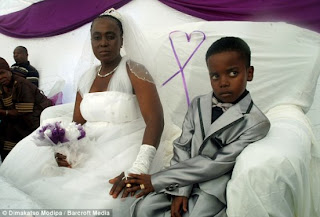 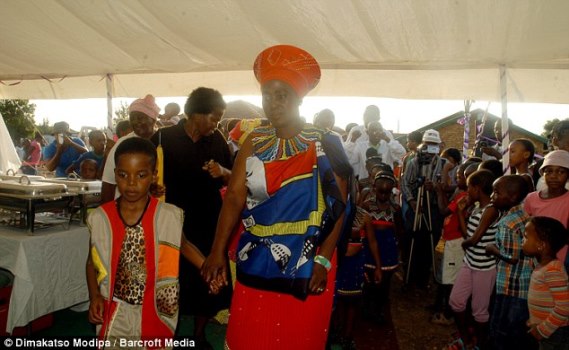