Alamieyeseigha, Diya, Musa Yar'adua, others get a State pardon 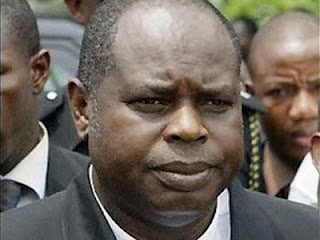 A State pardon was granted today by President Goodluck Jonathan to convicted Ex-Governor of Bayelsa State, Diepreiye Alamieyeseigha, and seven others, purportedly on the advice of the Council of State which is comprised of the President, Vice President, all state Governors, all living former presidents, Chief Justice of the Federation, the Senate President and speaker amongst others. The seven others that are to receive pardon are:

What do you guys think of this pardon?
Posted by AB4CHRIST at 06:38