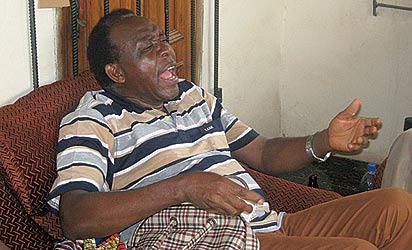 The ailing actor who has been suffering from stroke for a while now told Vanguard in tears that he has been abandoned by his colleagues in Nollywood. Bruno, who has relocated to Asaba, said:

"Since this thing happened there has been no single actor that called me to ask about my condition. It is a shame on their part. Would they say they don’t know that I am sick?’

‘I had a stroke and that was the end of it. I was unconscious, and if you are unconscious you are dead. It was when I opened my eyes that I realized that I was in a church here in Delta State. I didn’t even know when they brought me down to this place. All I could remember is that I was on admission for a long time before they took me to a church where God healed me.’