By Emmanuel Aziken, Political Editor, Ben Agande & Ndahi Marama
MAIDUGURI— Leadership of Jama’atul Ahlis Sunnah Lidda’awati Wal Jihad, also called Boko Haram, has named the former Head of State and presidential candidate of Congress for Progressive Change, CPC, General Muhammadu Buhari (rtd), among six prominent northerners, to mediate between the group and the Federal Government.
The Federal Government in a statement by Dr. Reuben Abati, Presidential Spokesman, Thursday, welcomed the move.
Boko Haram, however, said that for the group to observe ceasefire, the Federal Government must heed its demand by arresting and prosecuting the former Governor of Borno State, Senator Ali Modu Sheriff. 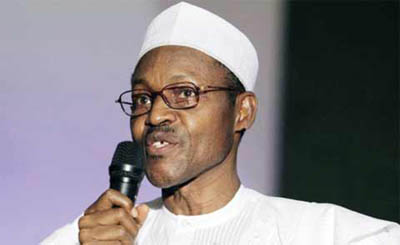 Gen. Buhari
Governor Ibrahim Shettima of Borno State also, Thursday, said security agencies should be allowed to do their job on those they suspect are sponsors or sympathisers of the Boko Haram sect.
Shettima told state house correspondents after a meeting of the National Economic Council that the security challenge in the country required the efforts of all Nigerians to overcome.
Meanwhile, spokesman of the group, Abu Mohammed Ibn Abdulazeez, who doubles as the Second-in-Command (Amir) to their leader, Imam Abubakar Shekau, made the group’s intention known in a tele-conference with journalists in Maiduguri, Thursday.
Mediators
Abdulazeez said other people, who could mediate with the government if its conditions were met, include Dr. Shettima Ali Monguno, former Yobe State governor, Bukar Abba Ibrahim, Ambassador Gaji Galtimari and Hajia Aisha Wakil and her husband, Alkali Wakil.
Dialogue venue
He insisted, however, that such dialogue must not take place in Nigeria, but Saudi Arabia.
According to him, the choice of Saudi Arabia was informed by the insincerity of the Nigeria government for dialogue and its betrayal in the past.
Abdulazeez insisted that for the group to ceasefire completely, the government must not only apprehend, but prosecute Senator Modu Sheriff according to the laws of the land as well as compensate members of the group and rebuild their places of worship destroyed during 2009 uprising, which led to the alleged murder of their leader, Mohammed Yusuf.
Conditions for ceasefire
The Boko Haram spokesman further stressed that, all their members, who were arrested and are under the custody of security agencies must be released immediately, just as their wives and children who were displaced following the crises should be rehabilitated into the society to allow room for the much talked about dialogue with the Federal Government.
Commenting on the series of recent killings and destruction of property in Maiduguri, Abu Abdulazeez dissociated Boko Haram from the action, saying such attacks were not only politically-motivated, but carried out by those seeking power in the Borno Emirate council or in government.
He stressed that recent killings and destructions in Maiduguri were against the ideology of the sect, which he said was fighting the cause of Allah.
Abdulazeez also said the burning of old and newly-constructed primary schools witnessed across the state were not carried out by the sect, insisting that they were perpetrated by aggrieved politicians who were denied contracts by the state government.
Last February, the group had also nominated Monguno, Bukar Ibrahim, Aisha Wakil and Jinadu Idris as part of a team to mediate between it and the Federal Government, but the negotiation never got off.
Buhari reacts
Thursday, was, however, the first time the group would be proposing Gen. Buhari as part of a mediation team between it and the Federal Government.
Buhari, who returned to Kaduna from Daura, Katsina State, yesterday evening, said he was yet to be formally contacted on the development.
Buba Galadima, an associate of the former Head of State speaking on behalf of the General said: “His first reaction is that he has not heard about this news and nobody has contacted him.
“He said he wouldn’t want to say anything on this matter that has not yet been authenticated, but he remains prayerful that peace and tranquility will return to this country.”
Sheriff’s words
Meanwhile, Sheriff, who spoke in Abuja on the issue of the involvement of politicians with Boko Haram, said: “I think it is within the realm and the responsibility of the security agencies to unearth the truth.
“I am more of a developmental politician and I am more interested in addressing the core issues that make our society vulnerable to the antics of religious bigots and all sorts of misfits that are indoctrinating our young ones to these things.
“I don’t want to dabble into the realm of the security agencies neither do I want to respond to allegations and accusations from any quarter.
“But it is the responsibility of security agencies to unearth those behind Boko Haram.”
A veteran journalist Dele Giwa said an evil done by man to man will be rewarded if not now then later, if not by man then certainly by God. But the day of evil over good is only temporary.
“I think the problem at hand goes beyond politics. The underlying factor is poverty. The most important thing is how we can resolve this problem and restore harmony, peace and how to eradicate endemic poverty which is the underlying factor of the whole crisis.
“I want to solicit for the media not to dwell on sensationalism but proper conflict resolution and move our society forward. Its pains me if a single person is killed by Boko Haram, when innocent souls are lost.
“Its sheer hooliganism. Its sheer madness for anybody to burn a place of worship. These are the issue agitating my mind and I don’t want to dwell on politics for now.”