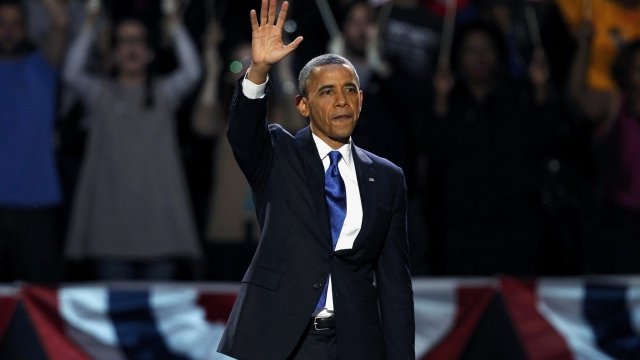 America's first black president secured the 270 votes in the electoral college needed to win the race.

In his victory speech before supporters in Chicago, Mr Obama said he would talk to Mr Romney about "where we can work together to move this country forward".

Mr Obama prevailed despite lingering dissatisfaction with the economy and a hard-fought challenge by Mr Romney.

His Democrats also retained their majority in the Senate, which they have held since 2007, while Republicans kept control of the House.

In 2008, they built a coalition forged in the white heat of passion. In 2012, they carefully constructed it, patiently persuading supporters to become voters. Both candidates said this was a choice of two visions, America has chosen. ”


The BBC's Mark Mardell in Chicago says the president is challenging his opponents, asking them to work with him.

The popular vote, which is symbolically and politically important but not decisive in the race, remains very close.

"We have picked ourselves up, we have fought our way back and we know in our hearts that for the United States of America the best is yet to come," he said.
Continue reading the main story


Mr Obama said he was returning to the White House "more determined, and more inspired than ever about the work there is to do, and the future that lies ahead".

He pledged to work with Republican leaders in Congress to reduce the government's budget deficit, fix the tax code and reform the immigration system.

"We are an American family and we rise and fall together as one nation," he said.

In Boston, where his campaign was based, Mr Romney congratulated the president and said he and Mr Ryan had "left everything on the field" and had given their all in the campaign. 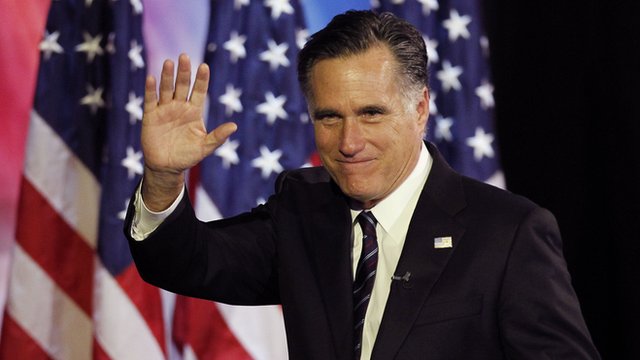 Referring to the struggling economy, Mr Romney said that now was not the time for "partisan bickering and political posturing", and that Republicans and Democrats must "put people before politics".

"I so wish that I had been able to fulfil your hopes to lead the country in a different direction but the nation chose another leader and so I join with you to earnestly pray for him and for this great nation," he said.

Under the US constitution, each state is given a number of electoral votes in rough proportion to its population. The candidate who wins 270 electoral votes - by prevailing in the mostly winner-takes-all state contests - becomes president.

On Tuesday, the president held the White House by assembling solid Democratic states and a number of important swing states such as Colorado, Iowa, Pennsylvania, Michigan, Minnesota, Virginia and Wisconsin. His narrow victory in Ohio, a critical Mid-Western swing state, sealed the victory.
Billions spent
Mr Romney won North Carolina and Indiana, both of which Mr Obama won in 2008, as well as the solid Republican states. 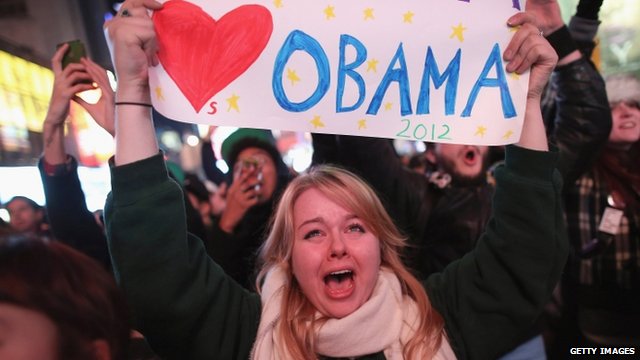 But he was unable to win in Ohio or other states needed to breach the 270 threshold.

Also on Tuesday's ballot were 11 state governorships, a third of the seats in the 100-member US Senate and all 435 seats in the House of Representatives.

But voters gave him credit for his 2009 rescue of the US car industry among other policy accomplishments, and rewarded him for ordering the commando mission that killed Osama Bin Laden in Pakistan last year.

He and Mr Romney, as well as their respective allies, have spent more than $2bn (£1.25bn) - largely on adverts in swing states.
Posted by AB4CHRIST at 00:36