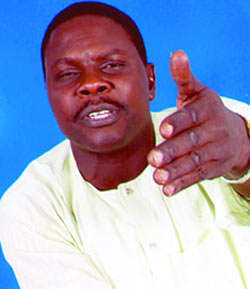 Mr Olufemi Aduwo is the National Coordinator of Transition Monitoring Group, TMG, one of the civil society groups endorsed by the Independent National Electoral Commission, INEC, to monitor elections in the country.
In this interview with Vanguard, he spoke about the just concluded gubernatorial election in Ondo State, and concluded that the election was not only free and fair but also very credible. He also spoke about the efforts his group was making to fight corruption in the country. Excerpts:
How would you sum up your experience about Ondo governorship election, being one of the observers that monitored it?
Yes, I said Mr. President should not allow neighbouring governors to interfere with the election of Ondo State because there were lots of unfriendly statements made by Osun State governor, Rauf Aregbesola, against Segun Mimiko.
In the Edo election, even though Edo is in the centre of PDP controlled states but the PDP governors in the South-South didn’t interfere and so we were saying that we don’t want the governors of the neighbouring states to come to Ondo State on the day of the election since they were not going to vote. They will only come to overheat the polity. So we said we don’t want to lose anybody.
Whether we like it or not, the three candidates are close friends, they know one another. Akeredolu was one of the lawyers that Mimiko used in the last election, like you know when Mimiko was in the PDP, he knew Oke very well, so I see them as brothers. That was the prayer, that we didn’t want any life lost and I think that was the beginning of the crisis between me and ACN and because we didn’t want ACN to interfere with Ondo arrangement
Are you satisfied with the outcome of the election?

O beautiful, we know it will go the way it did. You know before the election, we did opinion poll in Ondo State; we had about 7,000 eligible voters across the state and most of the issues they raised was that they discovered that Mimiko did not have a killer squad like other governors and he was able to carry people along.
You see, the forces that worked against ACN in Ondo State go beyond everybody – Afenifere, Yoruba leaders, Obas. They believe they don’t want this Tinubu image to go round the South-West. Before the Ondo election, Tinubu had already received a kind of judgment in the annulment of Ikoyi Local Government Chairmanship election won by ACN.
So, the defeat of the ACN candidate by the PDP in court confirmed that Tinubu is beatable; he is just a human being, so he can be defeated by anybody.
What lessons can we, as a nation, draw from the Ondo election ahead of the 2015 general elections?
It is now like a culture that the people are very conscious of what they want. No matter the kind of money you want to use at them, they know what to do and I think it is a kind of lesson people in other states can learn from Ondo because it is not about money.
If it is about money, ACN really spent money, they brought money, but at the end of the day, people’s choice still prevailed. If you see the gap, it really shows that the election was very free, fair and credible.
What is your take on the creation of more states?
I have written on this one, I think people clamouring for more states are doing it for selfish reasons. Most of the states today in Nigeria are not viable. A governor confided in me that more than 30 states borrow money every month to even pay salaries.
We have only nine states in Nigeria that are working, the oil producing states and may be Lagos because of tax. Every month, other states go to Abuja to queue for money from the federation account. I call it Almajiri economy, you just come and queue and collect money.
This was not the way Awolowo and Zik built their regions, we should have fiscal federalism where you produce and develop and then pay tax to the federal as it is done in America. Most of the people advocating for the creation of more states are not sincere.
Existing states should be merged for viability. And for local government, we should scrap them because that is another waste. If we cannot scrap them, they should not collect allocations anymore.
Posted by AB4CHRIST at 23:09