ABUJA – The Church of Nigeria Anglican Communion has threatened to breakaway from the Church of England over the decision of the later to drop opposition to gay bishops in civil partnerships.
The announcement, from the Church’s House of Bishops, would allow gay clergy to become bishops if they promise to be celibate. The move that did not go down well with Conservative evangelical Anglicans.
Arising from its 2013 annual retreat, held at the Ibru Centre, Agbarha Otor, Delta State, the Bishops of the Church of Nigeria (Anglican Communion) said they heard with dismay, the news of the recent action of the Church of England House of Bishops. 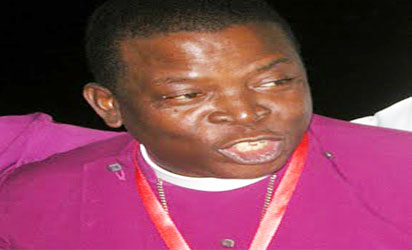 The Primate, Church of Nigeria, the Most Revd Nicholas Okoh said “the decision to permit homosexual clergy in civil partnerships to now be considered for the episcopacy is one step removed from the moral precipice that we have already witnessed in The Episcopal Church (USA) and the Anglican Church of Canada.
“When the Church of England failed to exercise its legal and moral right to opt out of the civil partnerships legislation in 2005 warnings were given in England and around the Anglican Communion that this was a first step towards the recognition and institutionalization of behaviour contrary to the plain teaching of scripture and reaffirmed for all Anglicans by the 1998 Lambeth Conference in its Resolution 1.10.
“Sadly those warnings were ignored and we now face the next step in a process that could very well shatter whatever hopes we had for healing and reconciliation within our beloved Communion.
“We are also grieved by the timing of this decision coming only days before the retirement of Archbishop Rowan Williams and before Dr. Justin Welby becomes the new Archbishop of Canterbury.
“We urge the House of Bishops to reconsider their decision so as to allow for a full, prayerful and sober reflection on the call on all clergy, especially bishops, to live holy lives and not encourage what are, at best, morally ambiguous partnerships that make it impossible for a bishop to be a wholesome example to the flock. Especially, since the supposed assurances of celibacy, while perhaps well intentioned, are both unworkable and unenforceable.

“As a House of Bishops, while we acknowledge that we all fall short of God’s call to holiness, we dare not compromise the clear teaching of our Lord on faithfulness within Holy Matrimony and chastity outside of it.
“Sadly we must also declare that, if the Church of England continues in this contrary direction we must further separate ourselves from it and we are prepared to take the same actions as those prompted by the decisions of The Episcopal Church (USA) and the Anglican Church of Canada ten years ago.”
The Church of England has dropped its prohibition on gay clergy in civil partnerships becoming bishops.
The issue has split the church since 2003 amid a row over gay cleric Jeffrey John becoming Bishop of Reading.
Mr John, now Dean of St Albans, was forced to withdraw from the role shortly after having initially accepted it, following protests from traditionalists.
He was also a candidate for Bishop of Southwark in 2010 but was rejected. Evidence emerged that this was because of his sexual orientation.
Posted by AB4CHRIST at 05:19