"Actresses Are the Ones Sexually Harassing Movie Producers" 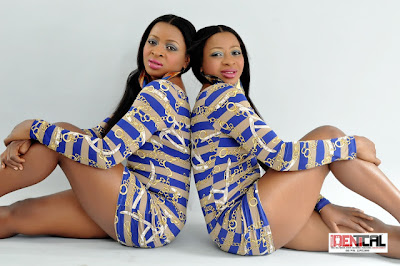 The sad issue of sexual harassment in Nollywood is not going away anytime soon. In a recent chat, popular actress, Rita Edochie gave a new insight into the dirty game.
"Sex before role in the industry? As a person, I have never been harassed by anyone, be it executive producer or producer in order to give me role. But let me tell you the truth, they don’t harass them, the girls are the people that harass, quote me anywhere.

"Do you know one funny thing that is happening now? Ladies in Asaba pay producers for them to appear in movies, it is happening right now in Asaba.
"They furnish the producer’s house, buy cars for them just for them to appear and show face in a movie. But I don’t know whether they want to be carrying drugs or not but it is something that is happening in Asaba. They want to pay for them to be seen in the movies," she reacted
Mrs Adochie further said, "for me, you are paying me for my services. In those days, when we started, I used to drive from Onitsha to Enugu for audition, as a broadcaster. Then, I will just walk straight to the table and register my name and elegantly walk out, the people doing the audition will call me back and give me roles.
"But these days, instead of the girls going to audition, they will be going from one hotel to the other looking for executive producer’s and producer’s rooms and after that, nobody would want to waste his tape and time because even if you give them the role, they will not do well and at the end, they will end up not giving them the role.
"After the producers used those stupid girls, they will still not use them in their movies and they will start going around saying, ‘the producer said if I don’t sleep with him he will not give me role’, they are all liars, they are the ones harassing them because when you refuse to go for auditioning and instead go from one producer’s room to the other, what are you looking for?
"But they will be the ones crying that they were being harassed."
Posted by AB4CHRIST at 22:58