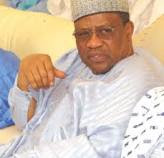 This is the interview with the Ex Boko Haram leader who gave his life to Christ recently. Read and get wisdom.


Question: Who are you and where are you
from?

Answer: My name is Sheik Sani Haliru. I am
from Niger Republic, but my mother is from
Bornu State of Nigeria and I grew up in
Wulari, Maiduguri, (Northern Nigeria) where
I was trained.

Q: Trained as what and under whose
tutelage?

A: I was trained as an Almajiri, after four
years, at the age of 14, I was sent to Kano
City, Kano State where I was trained in the
Sheik Abubakar Gummi School of Arabic
studies.

A: Yes, and I also know his children and
obeyed all the teachings he laid down
before he died.

Q: So who tutored you and who is your
mentor?

A: Sheik Abubakar Gummi tutored me. My
mentor was Osama bin Laden, and until my
conversion from Islam to the Christian faith,
my dreams and aspirations in life was to do
more than Osama bin Laden did before he
died on Sunday, May 1, 2011.


Q: You said that your mentor was Osama
bin Laden. Is he still your mentor?

A: I am now a changed person. The Sheik
Sani Haliru is now a new creature, old
things have passed away because I now
have Jesus Christ that I hated and
persecuted for 44 years.

Q: Tell me about your past and how many
countries of the World you have been to?

A: I cannot tell all about my past because it
will take several days to tell my story and
about my conversion experience to
Christianity. I have been to eight countries.

Q: Can you please name them?

A: I have been to Sudan, Pakistan, Saudi
Arabia, Yemen, Libya, Somalia, Egypt and of
course to my own country Niger Republic.

Q: Where did you receive your training and
as what?

A: I received my training in Libya and
Pakistan as an Attack Strategist. I was
trained along side with some highly placed
Nigerians and other foreign Nationals who
were marked (he showed me the proof of
his mark with a sign) in the form of a sword
in the hand to fight and kill for Allah.

Q: Can you give me some of the names of
your colleagues with whom you received
training in Libya and Pakistan?

A: They are scattered all over the country
and we were not too many then.

Q: Which of the Asari’s do you mean?
A: The Niger Delta war king. He was a year
ahead of me in Benghazi training camp in
Libya.

Q: Who financed your training in Libya and
Pakistan?

A: You will not believe me and only God will
judge the Chief sponsor of terrorism in
Nigeria whose name I will not mention
because he is so powerful and even the
president of Nigeria, Goodluck Jonathan, is
so much afraid of the man.

Q: If you really know the Christ in you, why
are you afraid to tell me the name of the
man who sponsored you and the date or
approximate period he sponsored you.

A: I am not afraid because he knows me
and he cannot deny it if he sees me face to
face.

Q: Then tell me, who is this powerful man?

A: The man is no other person than the
man they call IBB now as I am talking to
you, General Ibrahim Badamosi Babangida
has more than 600 men and women
Jihadists who are under his pay role. They
are scattered all over the Country and he
(IBB) can use them to destroy Nigeria.

Q: Did you say six hundred?

A: Yes 600 + IBB’s agents of destruction are
in the Nigeria Army (NA) , Nigeria Police
Force (NPF) , Navy, Air Force, Oil and Gas
sectors, even in the finance home such as in
top level positions of CBN (Central Bank of
Nigeria) and other banks. You find them in
politics, in the Senate, National Assembly, in
the media both print and electronic and
even in Aso Rock, Abuja (Nigeria’ s capital).

Q: How do you mean by this statement “and
even in the finance…”?

A: Yes, I mean every word I say; even the
Islamic bank champion was planted by IBB
to help in Islamizing Nigeria.

Q: So how can you describe IBB?

A: IBB is a “green snake” in green grass. He
is the main problem of Nigeria along with
members of the Cabal.

Q: Have you forwarded any of these
evidence(s) to Aso Rock or to SSS (State
Security Services)?

A: I attempted to do so a few weeks ago and
I was arrested and detained for two days
because IBB’S men are so many in SSS
(State Security Services) as well. After I was
released by the grace of God, they (the
Police) warned me never to blow up the
polity or provoke violence and I should keep
my so-called- born-again with me or else I
will go to jail.

Q: So you were a key member and a
registered jihadist hardliner.

Q: Under what group?

A: I was a Boko Haramist. But Boko Haram
is just a cover name to give it a name. I
have my identity as a founding member of
the dreaded jama’aful Ahlul sunna wal
Liddawati wal Jihad, aka Boko Haram.

Q: Apart from IBB, who are the other top
sponsors of terrorism in this country?

A: They are many, but IBB is the major
financier. He introduced the suicide
bombing that started when he killed Dele
Giwa. I have the names of six traditional
rulers and seven present & ex-Governors as
well as several top military and security
officers who are co-sponsoring the so called
Boko Haram. That apart, I have documented
evidences to prove that General
Mohammadu Buhari, Alhaji Abubaka Atiku
and other top politicians and traditional
rulers are some of the people behind Boko
Haram. Very soon, nemesis will catch up
with them.

Q: What if I use my influence to guarantee
you safety, can you brief the press to expose
IBB (General Ibrahim Badamosi Babangida)
with all these documents that I am seeing
with you right now.

A: Only God can guarantee my safety. He
did so on that fateful day when the SSS and
police wanted to secretly kill me because of
what I unveiled. I would have been a dead
man by now if not for a man of God who
came as an “Angel” to quietly free me. Right
now, I am wanted dead or alive by IBB and
his agents of destruction in high places. The
SSS are busy hunting for me up & down and
arresting and torturing innocent people
because of me.

Q: What if I connect you to a man of God
by the name of Brother Mike Ejiofor, who is
a lawyer, a professional negotiator and a
mediator who was the Director of SSS until
October 2010?

A: I only wish to be connected to God.

Q: So how can you describe this country?

A: Nigeria is sifting under an Islamic
barbaric bomb (IBB) . Only God can rescue
this nation because 75% of Christians are
prayer less. Why? Because they are in their
own comfort zone. They do not know what
the Christians in Northern Nigeria are
passing through and they ignorantly are
thinking that the Allah of the Muslims is the
same as the God of Christians in the Holy
Bible who says: “Thou shalt not kill”.

Q: What does the Qur’an say about Islam
being referred to as a religion of peace by
numerous Muslim scholars?

A: Let me tell you in a very clear language
that Islam is not a religion of peace, but it is
of violence, of killers and fighters as already
stated in their so called “Holy” Qur’an which
I ignorantly followed all these years when I
was spiritually blinded as a Muslim.

Q: Can you prove these statements from the
Qur’an?

A: [Sani Haliru, who is now known as
Solomon Haliru (Paul Haliru’s brother)]
brought out two copies of the original
Qur’an in the Arabic & English translation.
He gave me one, and told me to open the
book to Surah Al- baqarah chapter 2 vs 216.
It says, “Holy fighting is ordained
(prescribed) for all muslims, whether they
like it or not, as far as it is good and
approved by Allah through his prophet
Mohammed.”

Q: Where is it in the Qur’an that killing is
also permitted by Allah?

A: Look at Surah Al-baqarah chapter 2 vs
191 “And kill them wherever you find them,
and turn them out from where they have
turned you out. An Al-Fitnah is worse than
killing. And fight not with them at Al-Masjid-
Al-Haram (the sanctuary at Makkah), unless
they (first) fight you there. But if they
attack you, then kill them. Such is the
recompense of the disbelievers.” Muslims
are told to kill and fight in the cause of
Allah.

Q: Does it mean that IBB and all these
Muslim traditional rulers and Governors that
are sponsoring Boko Haram to kill Christians
and burn our churches in the North are not
aware of the passage in the Qur’an that says
there must not be compulsion in Islam as
Mohammadu Buhari asserted in a widely
publicized interview on Saturday, the 21st of
April, 2011?

A: I have worked so closely with
Mohammadu Buahri for five years, and I
can prove it that General Buhari is the most
notable outspoken jihadist hardliner in
Nigeria who is also strategically sponsoring
Boko Haram.

Q: General Buhari told a group of pressmen
in April 2011 that there is no compulsion in
Islam and it is a religion of peace. He
quoted Surah Al-Baqarah Chapter 2:225.
What can you say to that?
Posted by AB4CHRIST at 06:41