Shocking But True: A Popular Nollywood Actress was raped in a hotel in Asaba 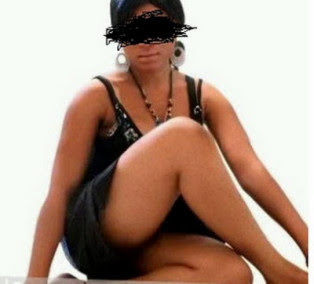 This may be shocking to your hearing but it happened to a careless big name actress in Nigeria. According to a reliable source, the popular actress moved from Lagos to Asaba for a film location where she was to play a role for a movie as usual. How come she was raped? How did it happen? Was it in a movie? Read on to find out the true story of how she was raped.This popular Nollywood actress was going to act in a movie about to be shot and walked into a party being thrown by a colleague in the film industry for his birthday.
The popular Nollywood actress from the South-East was said to have been in and out of several marriages, being a party freak and one addicted to Alcohol and Cigarette gently checked into a hotel, dropped her luggage and quickly hopped into the party arena.She, as a star, was hailed and welcomed by almost all present as she stepped in with style. No sooner had she come in that she started in her usual style to start "condemning" bottles of beer and burning cigarettes.
The spirit was high and made higher and higher by the avant-garde music, later vibes issuing out from the mounted speakers. Like one who doesn't know how to drink but loves drinking, she got drunk and managed to stagger to her hotel room, where she laid sprawled in the bed without remembering to lock her door with the key.
A waka pass up-coming actor who was at the party too canvassing for roles and trying to locate the room allocated to him and 3 other boys mistakenly opened the room and the popular actress was laying spread eagled. What greeted his eyes was something he could not resist.

Gently, it was gathered, he went in locked the door and settled for the actress with inviting voluptuous curves. The joy of having it off with an actress, super one at that, an actress he never knew if he was even qualified to touch her pants.
The boy, with un-staggering determination went in and had it off roughly with the actress, whom we are told was exquisitely groaning as the rough drivers of an up-coming actor rammed into her groove. She woke up much more later to discover that a great battle had been fought in her "forested groove", by some unknown soldiers and her door, not locked.It is now talk of the town, as the boys still basking in the euphoria of catching a big fish.
Posted by AB4CHRIST at 06:43