Maina to resurface today if… 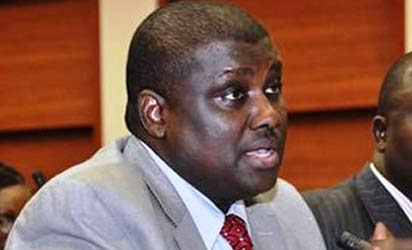 ABUJA — The embattled Chairman of Pension Reforms Task Team, PRTT, Alhaji Abdulrasheed Maina, who has been on the run, may resurface today as his N1.5 billion suit against his arrest commences at the Federal High Court, Abuja.
Maina, it will be recalled, was relieved of his appointment by the Federal Government, following the dissolution of the controversial agency and the return of pension management to the Office of the Head of Service, HoS, of the Federation, OHCSF.
Government had also returned the entire PRTT staff to their various Ministries, Departments and Agencies, MDAs, with immediate effect. The dissolution was confirmed to Vanguard in Abuja, yesterday, by the HoS, Alhaji Bello Sali.
The HoS, who spoke through the Director of Press and Public Relations, Mr. Tope Ajakaiye, explained that the preparations and payment of pensions had been taken over by the OHCSF since last November.
We won’t join issues with Maina— HoS
Sali said he would not join issues with Maina, as his PRTT had since been dissolved and all the members returned to their respective agencies.
Sali said: “The President has approved the dissolution of the Pension Reforms Task Team and all the members were issued with letters to return to their various agencies.
“The Office of the HoS will not join issues with Maina or any member of the dissolved task team on pension payment. Our position on payments for now is that genuine pensioners are being paid from this office since November 2012 and we have told any pensioner with any form of complaints to come to our office for redress.
“The new payment system is in line with the new Federal Government Financial Regulations being operated through the Office of the Accountant-General of the Federation known as Government Financial Management Integrated System, GFMIS.”
Findings by Vanguard showed that the controversial pension chief may come out of his hiding if Justice Adamu Bello of the Federal High Court, Abuja, grants his prayer quashing the warrant of arrest issued against him by the Senate.
Hearing in the N1.5 billion lawsuit, which was instituted by Maina on February 2, comes up today after the judge had adjourned the matter last week to allow the Senate and the Inspector-General of Police to enter their defence and for the applicant to respond.
He had argued that allowing the police to arrest him based on the warrant issued by the Senate would amount to an infringement on his fundamental human rights, as such would be unconstitutional, illegal, null and void, and violation of the provisions of Section 36 (1) and 6 (6) b of the Constitution.
Maina releases statement
However, while still awaiting the outcome of the court verdict, Maina, whose whereabouts is still shrouded in secrecy, released a statement, Sunday, accusing the HoS of “returning pensions funds to the looting era.”
Maina alleged that the HoS had inexplicably refused to sign the pension vouchers prepared by the PRTT, thereby stalling the payment of pensioners since November last year.
Maina’s statement was released by Olajide Fashikun, identified as a media consultant to the embattled pension officer, now being kept at arm’s length by top government officials, who had hitherto portrayed him to President Goodluck Jonathan as pension funds messiah in Nigeria.
The statement read in part: “There is credible and verifiable intelligence that the Federal Civil Service Pension Office is going back to the looting era as pensioners are being denied of their monthly pensions.
“About 98 percent of pensioners have been grossly underpaid and some of them totally denied pensions in the months of November and December 2012 and January 2013.
“In November 2012, the Head of Service Pension Office hijacked the preparation of monthly pension’s payment without the knowledge of PRTT or recourse to its authentic biometric database.”
Posted by Unknown at 23:29