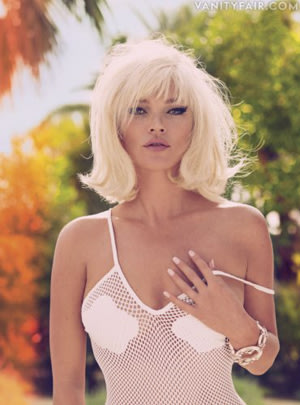 Kate Moss (Mert Alas & Marcu Piggot/Vanity Fair)When Kate Moss landed the Calvin Klein ad campaign with Mark Wahlberg, it helped propel the then-teen to superstardom in the modeling world. The black-and-white photos, snapped in 1992, featured the two stars pressed up against one another with Wahlberg's muscular arms (and abs!) a stark contrast to Moss' frail frame. While the images have become an iconic representation of the era, and launched the "heroin chic" look of skinny models with dark circles under their eyes, Moss has regrets about participating in the shoot, saying it caused her emotional issues.

[Related: What models REALLY look like]
"I had a nervous breakdown when I was 17 or 18, when I had to go and work with Marky Mark and Herb Ritts," Moss, 38, says tells Vanity Fair. "It didn't feel like me at all. I felt really bad about straddling this buff guy. I didn't like it. I couldn't get out of bed for two weeks. I thought I was going to die." She finally pulled herself out of bed to seek professional help — not that it was the answer to her problems either. "I went to the doctor, and he said, 'I'll give you some Valium,' and [photographer] Francesca Sorrenti, thank God, said, 'You're not taking that.' It was just anxiety. Nobody takes care of you mentally. There's a massive pressure to do what you have to do. I was really little, and I was going to work with Steven Meisel. It was just really weird — a stretch limo coming to pick you up from work. I didn't like it. But it was work, and I had to do it."

Photos: 25 Years in the Life of Model Kate Moss
Another traumatic experience as a young model was posing topless for the first time — when she was only 16. "They were like, If you don't do it, then we're not going to book you again," the British beauty recalls. "So I'd lock myself in the toilet and cry and then come out and do it. I never felt very comfortable about it." One reason? "I hated my boobs! Because I was flat-chested. And I had a big mole on one." 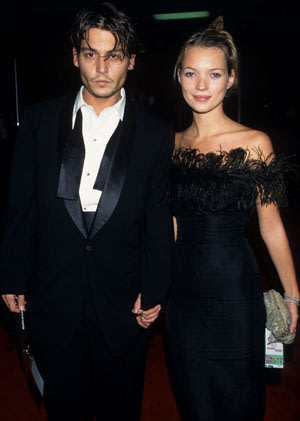 Moss with Johnny Depp (Getty Images)Moss says things changed for the better after meeting Johnny Depp at a Manhattan restaurant when she was 20. Their relationship, which lasted from 1994 to 1998, was by all accounts a tumultuous one, and when Depp infamously trashed a New York City hotel room, it was reportedly as a result of a fight with Moss. However, Moss says that Depp gave her a stability that she hadn't felt before. "There's nobody that's ever really been able to take care of me. Johnny did for a bit. I believed what he said," Moss shares. "Like if I said, 'What do I do?,' he'd tell me. And that's what I missed when I left. I really lost that gauge of somebody I could trust." So how did she weather the split? "Nightmare," she tells the magazine. "Years and years of crying. Oh, the tears!"
Paris Jackson Rocks T-Shirts with Dad's Face
Through the years, Moss earned her own reputation — as a party girl. Her relationship with troubled rocker Pete Doherty immediately comes to mind, as does her 2005 cocaine scandal. The supermodel playfully tells Vanity Fair that her friends coined an expression for her, "getting Mossed." She defines it, saying, "It means, I was gonna go home, but then I just got led astray. In the best possible way, of course. I mean, it's always fun, and a good time."
Lady Gaga, Angelina Jolie, Jennifer Aniston: Vanity Fair's Classic Nude Portraits 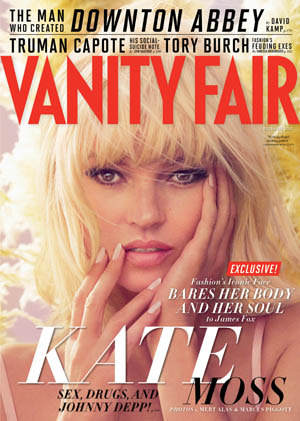 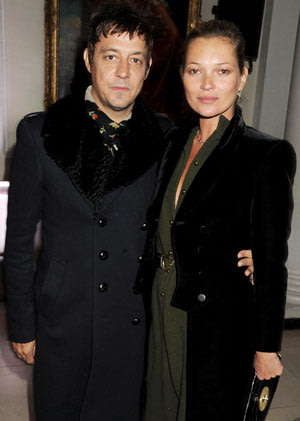 These days she's still having a good time — but it's with her new husband, Jamie Hince, and her 10-year-old daughter from a previous relationship, Lila Grace. "I don't really go to clubs anymore. I'm actually quite settled," Moss says. "Living in [the London neighborhood] Highgate with my dog and my husband and my daughter! I'm not a hell-raiser. But don't burst the bubble. Behind closed doors, for sure I'm a hell-raiser."
Posted by AB4CHRIST at 23:49