NFL investigating Chargers for possible illegal use of Stickum-like substance 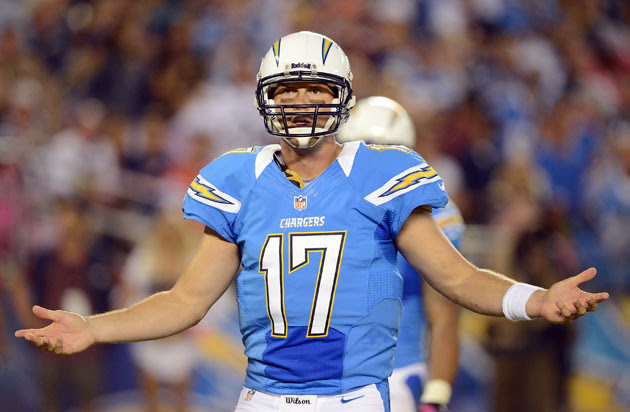 (Getty Images)
According to Jay Glazer of FOXSports.com, the National Football League is investigating the San Diego Chargers for possibly using an illegal "Stick 'em"-like substance during their 35-24 loss to the Denver Broncos last Monday night.

"NFL Security has already begun investigation as SD equipment man was hiding illegal sticky substance and giving to players. Line judge saw it and had it confiscated and sent to Broncos and league", Glazer posted on Twitter.

The Chargers released a statement later on Sunday.

"We are aware of the inquiry and we are cooperating fully with the League," the Chargers announced on their official website.

The equipment manager had the substance hidden in hand towels and the line judge (Jeff Bergman) noticed it during a timeout and made the equipment manager in question empty his pockets. The NFL takes issues of competitive advantages seriously and Glazer adds that sanctions by the NFL could range from a substantial fine to the possible forfeiture of draft picks, the latter of which may depend on how many individuals were involved in using or distributing the illegal substance.

"Stickum" has been outlawed by the National Football League since after the 1980 season. The substance is most closely associated with former Oakland Raiders cornerback Lester Hayes, who would slather the sticky substance on his arms and hands during games. Though it has been banned, players have continued to utilize similar substances, using anything at their disposal to gain a competitive advantage. Former NFL player, head coach and current ESPN analyst Herm Edwards said that, even after the ban, he would place a small amount of Stickum on the inside of his cleats to use at key moments during games.

At what point in the game the discovery was made is unknown, so it would be a stretch to assume that the Chargers blowing a 24-point halftime lead can be traced to this incident. However, it is worth noting that, according to Stats, Inc., the Chargers do not have a player anywhere near the league lead in dropped passes this season. Instead of giving the substance to the Chargers receivers, perhaps the equipment manager should have handed it to Philip Rivers, who was intercepted four times and lost a pair of fumbles against the Broncos.
Posted by Unknown at 00:42