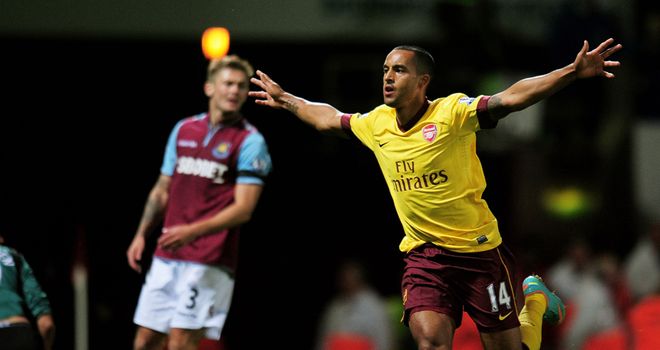 Theo Walcott: Warned by Arsenal chairman Peter Hill-Wood that the club won't break their wage structure to keep him

has been the subject of speculation for some time with the player out of contract at the end of the season.Arsenal have warned Theo Walcott they will not break their wage structure to keep him at the club.
Talks are ongoing between both parties, but as yet no new deal has been agreed with Walcott rejecting the club's initial offer of a contract extension.
Arsenal boss Arsene Wenger

remains confident of agreeing a new deal with Walcott, but Gunners chairman Peter Hill-Wood insists they will not break the bank to secure the England international's future.
"We have got our general overall wage structure and we are not prepared to break it for anybody," Hill-Wood told the Daily Star. "We have made an offer which he didn't think was acceptable and that is the end of it. We think it is a very reasonable offer.
"For the moment his people are still talking to us and we hope it will be resolved. But don't ask me when, because I haven't a clue.
"I hope that he will eventually come round and sign. It will be a pity if he does not, but the whole issue of pay for footballers has got totally out of hand and they don't get terribly well advised a lot of the time."
Posted by AB4CHRIST at 00:00