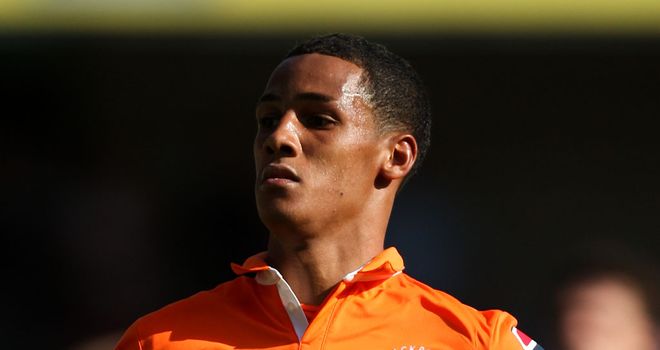 Manchester United have stepped up their interest in Blackpool winger Tom Ince, Sky Sports understands.
United have been keeping tabs on the progress of Ince, who is the son of former Red Devils midfielder Paul Ince.
Ince's future at Blackpool

has been the subject of speculation for some time with the 20-year-old out of contract at the end of the season.
The England Under 21 international has impressed at Bloomfield Road since arriving from Liverpool

in the summer of 2011 and was the subject of a bid from Swansea in the summer transfer window.
Ince has scored six goals in eight Championship games this term and his form has caught the attention of Sir Alex Ferguson.

Ferguson ran the rule over Ince during Saturday's clash against Charlton at Bloomfield Road as he weighs up a move in January for the fleet-footed attacker.
However, Ferguson would have been disappointed to see Ince start the game on the bench before coming on in the second half for Ian Holloway's men.
Holloway is keen to keep hold of Ince, but knows they would find it hard to reject a sizeable offer for the skilful winger in the January transfer window.
Posted by AB4CHRIST at 23:59