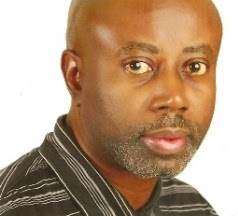 If there was any lingering doubt that campaigns for the 2015 presidential election have started in earnest, that doubt was erased with the emergence last week of the Jonathan 2015 campaign posters. The audaciousness of that action and the feeble response from the Presidency to the effect that the president is “pre-occupied with working to fix Nigeria and did not want to be distracted by undue politicking about 2015”, are all too typical of the People’s Democratic Party’s brand of democracy.
For those who cringed and raged about the appointment a few weeks ago of octogenarian, Tony Anenih, a man who ordinarily should be in an old people’s home, as chairman of the board of the Nigeria Ports Authority, that selection is beginning to make sense.
President Jonathan has said publicly that he will not think about 2015 until next year. This disclaimer comes even as his aides keep reassuring us that “the wonderful performance of Jonathan at the end of the tenure would make most Nigerians to compel him to run in 2015”. That is the clincher. It doesn’t matter whether the president thinks about it now or in 2014, “Nigerians are going to applaud him and even if he does not want to run for election, Nigerians are going to force him to run again because of the level of performance”. That’s according to Doyin Okupe, the  Special Assistant to the President on Public Affairs.
In the last few months, President Jonathan has had occasions to trumpet his democratic credentials, all with an eye to the 2015 election. After the governorship election in Ondo State on October 20, 2012, Reuben Abati, the president’s spokesman, reminded us that “the President would naturally have wanted his party, the PDP, to win the governorship election in the state, the fact that he has never abused the enormous powers of the Presidency to influence the outcome of elections shows that he is a man of his words, a committed democrat and a President who believes in the rule of law and the supremacy of the will of the people”.

Shortly before the US presidential election on November  6, 2012, Abati wrote: “This should mean something to us in Nigeria, and in the larger African community, for it is at the centre of President Goodluck Jonathan’s Transformation Agenda. It is the same electoral ethic that President Jonathan has insisted upon since his assumption of office as President. Nigerians, long used to a political situation in which the privilege of incumbency confers all powers have seen under President Jonathan’s watch, a completely different arrangement. It used to be the case in this land, that all that was required of an incumbent in the position of a President or Governor was to sit back and assume that incumbency will confer automatic re-election, and if the incumbent managed to stir at all, he did so with so much arrogance. Most of the time, this worked. The incumbent bullied and forced his way through to a second term”.
Beyond this rhetoric, however, there is nothing the Jonathan administration has done to advance the integrity of the electoral process in Nigeria. Recall that after the 2007 presidential election that saw the selection of Umaru Yar’Adua as president (and Goodluck Jonathan as vice president), President Yar’Adua was humble enough to acknowledge the electoral heist and travesty that brought him and his deputy to power. Three months after he was sworn in, on August 28, 2007, he set-up a 22-member Electoral Reform Committee (ERC) headed by retired Justice Muhammadu Lawal Uwais, to “examine the entire electoral process with a view to ensuring that we raise the quality and standard of our general elections and thereby deepen our democracy”.
The ERC made far-reaching recommendations aimed at guaranteeing the independence of the Independent National Electoral Commission (INEC) and safeguarding the electoral process. Rather than addressing the salient issues raised by the ERC, as a first step toward deepening our democracy, President Jonathan has conveniently discarded the report and left the electoral process to run on autopilot.
Shortly after the 2011 presidential election, in an article titled “When Democracy Insults”, I took Jonathan’s INEC to task on its avowed commitment to free and fair elections. I wrote: “When a court ruled that INEC was the only body with the authority to fix the order of election, after President Jonathan had colluded with the National Assembly to subvert that power, why did INEC appear helpless? The lame excuse the commission offered was that ballot papers had been printed, as if that had any bearing on the date the election would take place.”
That action which amounted to holding the electoral process to ransom -- and the massive infusion of fund, way beyond anything Nigerians could have imagined -- led to “victory” for President Jonathan and the PDP. It is the same confidence of their ability to manipulate the electoral process that President Jonathan and the PDP will ride on to contest the 2015 election. The scenario above, minus the money factor, may not be the trump card this time around, but rest assured they have their plan well laid out.
It is in this context that we should view the mysterious appearance of the Jonathan 2015 posters described as the work of “mischief makers who want to deceive Nigerians”. That statement actually fits the PDP because that is exactly what the party has done since 1999. I have brought this up to show that Jonathan and the PDP will do anything to remain in power, not minding what Nigerians want. But it also comes as a warning to the opposition. It is with this in mind that the opposition should approach 2015 knowing full well that they are not fighting against “flesh and blood”.
As I write, there is a suit at the Federal High Court, Abuja,  presided by Justice Adamu Bello, where President Jonathan through his counsel, Mr. Ade Okeaya-Inneh, has made a case that he has the right to run in 2015. The question is no longer why or whether President Jonathan will run in 2015. He will. As a layman, legally speaking, I believe he has the right to run. Does he deserve re-election? The answer, of course, is a resounding no.
The question, therefore, is how do we defeat President Jonathan and the PDP in 2015?  The opposition should stop behaving like the kid whose toy was taken away by the unruly neighbourhood bully. If they truly share a common vision for Nigeria, and if that vision is altruistic, then it shouldn’t be difficult for them to unite in this urgent task of national reclamation.
So, I say, let the race begin. Now is the time for those outside the PDP who have expressed interest in the 2015 race or have been linked with it one way or another to come out and present their agenda on what is to be done. A lot of names have been bandied about. Here is a shortlist, in no particular order: Muhammadu Buhari, Nuhu Ribadu, Bola Ahmed Tinubu, Pat Utomi, Abubakar Dangiwa Umar, Nasir el Rufai, Babatunde Fashola, Adams Oshiomhole, Olisa Agbakoba, Ibrahim Shekarau Mathew Hassan Kukah, and Jubrin Ibrahim.
The issue shouldn’t be where you come from or “it is the turn of this region or ethnic group”. As we have seen, to our eternal regret, the politics of “it is our turn” has failed us repeatedly. President Jonathan says we should wait until 2014 for his position – a position we already know. That shouldn’t be the standard for an opposition that seeks an alternative, a new Nigeria.
It is never too early to prepare for victory. The opposition needs to stop watching President Jonathan’s body language and concentrate on its most urgent task: rally behind a nationally acceptable and credible candidate.
The public presentation of ''2015 Manifesto of Nigerian Opposition Politics'' in Abuja on Tuesday, January 15, 2013, is a great platform to kick-start this agenda.
Posted by AB4CHRIST at 04:50