…As middle aged man loses life
KANO -The police in Kano has detained Mr Aminu Sule, the eldest  son of Jigawa State governor, Alhaji Sule Lamido for allegedly crushing to death a middle aged man along BUK road by Rumfa College, Kano.
Eye witness account confided in Vanguard that the incident occurred at about 8.55pm adding that the victim died on the spot. 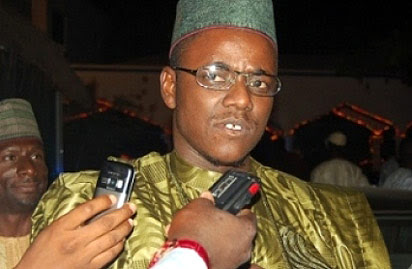 Aminu Sule who is been prosecuted by the EFCC for alleged money laundering is been detained alongside his SUV sport car at Kwali police station in Kano.
The source further explained that “for the timely intervention of the police on patrol, Aminu would have been killed by the mob.
Confirming the incident, Kano Police Public Relations Officer, PPRC, ASP Magaji Musa Majia stated that the driver of the accident vehicle has been identified as Aminu Sule.
Majia stated that the police has equally identified the relation of the victim, stating that the body was taken to a government hospital for doctor’s confirmation.