A Case For Abolishing Nigeria’s “Democracy” By Okey Ndibe 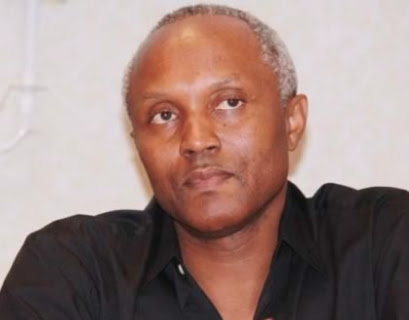 Three sobering reports released last week afforded graphic illustrations of Nigeria’s utterly awful state. One report, by the international audit firm KPMG, declared Nigeria the most fraudulent address in Africa. In a report carried on saharareporters.com and widely circulated on the Internet, KPMG concluded that “the cost of fraud [in Nigeria] during the first half of 2012 [was] estimated at N225 billion ($1.5 billion).”
Nigeria claimed the dubious distinction in the inaugural year of KPMG’s “Africa Fraud Barometer,” an initiative that “measures fraud on the [African] continent and assesses the fraud risk that confronts companies in their operations.” The firm’s report “identified Nigeria, Kenya and South Africa as accounting for 74% of the total number of cases on the African continent, with Nigeria recording the highest overall value of fraud in the first half of the2012.” KPMG’s data was compiled “by analyzing available news articles and reviewing fraud cases from designated databases.”
Another equally unflattering report named Nigeria the worst place in the world for a baby to be born in 2013. According to a report in the Premium Times, the ranking was done by the Economist Intelligence Unit (EIU), an affiliate of the Economist magazine. The group looked at data from 80 countries, and concluded that Nigeria earned a score of 4.74 to place 80th out of 80. Nigeria’s closest competitor, Kenya, scored 4.91. South Africa emerged the best placed African country with a score of 5.89 – and the 53rd position overall.
According to Premium Times, the study measured what countries would “provide the best environment for the healthiest, safest, and most prosperous life in the coming years.” The paper continued: “The quality-of-life index used in the survey was measured around key areas like crime, trust in public institutions, health of family life and government policies.” The report “examined how happy citizens say they are as well other variables such as a forecast of income per head.”