Facebook will ask you to vote against your right to vote 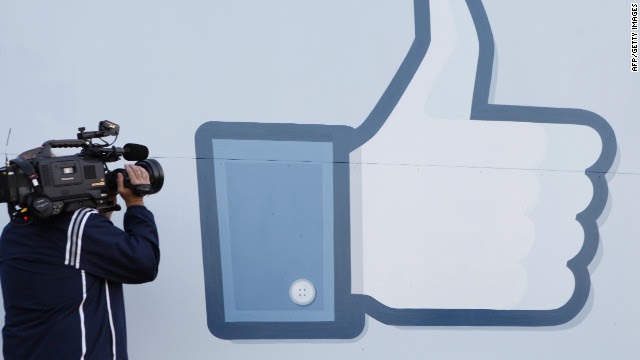 Facebook will hold a vote, possibly later this week, in which it will ask users to abolish their right to vote on changes to the social network's privacy policies.
The social network announced last week that it was seeking comments on its proposal to take away its users' right to vote on these sorts of changes. If 7,000 comments are received by Wednesday then Facebook, by its own rules, will hold a referendum on the topic.
That threshold appears to have been met -- as of Monday morning, there were more than 12,000 comments on Facebook's English-language post -- which should trigger the third vote in the social network's history. If Facebook handles the vote in the same way it has in the past, it could be held later this week or next.
Past voting periods have lasted seven days and took place on Facebook's Site Governance page.
Facebook declined to elaborate on the matter, but the site explained its reasons for asking users to abolish their right to vote in a blog post last week.
"We deeply value the feedback we receive from you during our comment period," writes Elliot Schrage, Facebook's vice president for communications, public policy and marketing. "In the past, your substantive feedback has led to changes to the proposals we made. However, we found that the voting mechanism, which is triggered by a specific number of comments, actually resulted in a system that incentivized the quantity of comments over their quality.
"Therefore, we're proposing to end the voting component of the process in favor of a system that leads to more meaningful feedback and engagement."
Facebook argues it has outgrown the voting and commenting system that currently exists on the site. (One BuzzFeed writer notes that China might argue the same thing with regard to democracy.)
Under the current system, for a vote to upend one of Facebook's proposals about its privacy policy, more than 30% of users have to cast digital ballots. Since there are now more than a billion people on Facebook, that means more than 300 million people would have to vote.

"If turnout is 30% or more, the results will be binding," the company wrote in 2009. Otherwise, Facebook considers the result of the poll as "advisory," meaning it can take or leave what it wants from the proposal.
Based on recent history, the chances of users reaching that 30% threshold appear slim. Facebook has held two votes in the past. During the most recent, held in June, only 342,632 people voted, according to the company.
Users have responded in various ways to the news about Facebook asking them to vote against their right to vote (it's a brain teaser, we know).
Some have expressed outrage.
"Now that Zuckerberg and his management team have robbed the public, they are publicly showing that they are not a management team. They were and are just money hungry," one user wrote on the Facebook Site Governance page, referring to Facebook CEO Mark Zuckerberg.
Others sound confused.
"I am not confortable with all of this and I do not agree to your proposal. Maybe send me more info," wrote another.
Many have take to copying and pasting a rant about data ownership that begins, "In response to the new Facebook guidelines I hereby declare that my copyright is attached to all of my personal details ..."
The idea that that post will have any effect has been debunked by Snopes and others.
In a statement e-mailed to CNN, Facebook had this to say on the matter: "Under our terms, you grant Facebook permission to use, distribute, and share the things you post, subject to the terms and applicable privacy settings. For example, if you upload a photo and share it with your friends, we'll make that photo available and distribute it to your friends. And, when you delete a photo, we delete it too."
Finally, some Facebook users seem not to be bothered that the company wants to take away their right to vote. That's a right some people didn't realize they had anyway.
"It's funny because I don't remember Facebook having any type of voting system," one user wrote last week in a comment on a CNN story titled "The end of digital democracy? Facebook wants to take away your right to vote."
"You do realize Facebook is a free application," another wrote. "To complain about what they want to do with their product ... is funny. This has nothing to do with democracy."
How will you vote? Or will you? Let us know in the comments.
Posted by Unknown at 01:21