THE Federal Government has relieved the Director General of the Bureau for Public Enterprises, BPE, Mrs. Bolanle Onagoruwa, of her appointment with immediate effect.
In a two paragraph statement by the Senior Special Assistant, Media and Publicity, to the Vice President, Umar Sani, she was ordered to hand over to the most senior director in the Bureau, Mr. Benjamin Ezra Dikki, who is to hold the position in an acting capacity.
Indeed, Onagoruwa’s exit from the Bureau did not really come as a surprise, in view of the noticeable strained relationship between her and her boss, Vice President Namadi Sambo, who is also the Chairman of the National Council on Privatisation, NCP, which supervises the BPE.
Vanguard gathered that the VP constantly disapproved of her actions, and always compelled her to toe the line, notwithstanding the fact that every process of the privatisation programme has to be approved by him.
Furthermore, it was also gathered that the atmosphere at the Bureau’s office in Abuja, was that of resignation, not only because of the anticipated exit of Onagoruwa, who had also had a rough ride with the legislators recently over her activities in the Bureau, but also because of the constant sudden exit of such leaders from office. 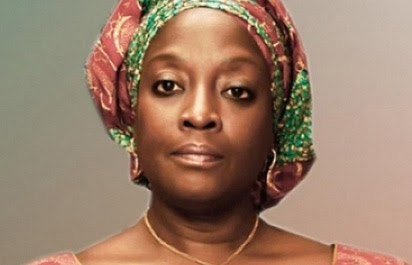 The sacking of the Director General, DG of the BPE is nothing new, as since the privatization agency was set up in 1999, only Ms Irene Chigbue, was allowed to complete a four-year term.
All the others suffered a short lived tenure, including the first DG of the Bureau, Mallam Nasir El Rufai, who was later elevated to a minister under former President Olusegun Obasanjo’s regime.
Whether full term or short-lived, all the Bureau’s bosses were enmeshed in controversies, associated with their handling of the privatisation process.
Although he was later appointed a minister, el Rufai’s tenure 1999 – 2003, was controversial arising from the sale of NITEL to Pentascope, which allegedly cost Nigeria about N100billion in revenues.
Also, recent legislative probes indicated that he may have also manipulated the sale of Conoil to business mogul, Chief Mike Adenuga.
Dr. Julius Bala, who took over from him as the second DG, 2003 – 2005, was sacked “for giving approval to Folio Communication Limited for the illegal sale of assets of Daily Times Nigeria Plc.”
Chigbue’s term between 2005 and-2009, did not go hitch free, as there were allegations that state-owned telecoms company NITEL, national aluminium company ALSCOM, and state-owned newspaper the Daily Times, were sold at low prices to politically connected insiders.

She was replaced by Dr Christopher Anyanwu in 2009, who, after only one year in office, was relieved of his appointment over the sale of NITEL for $2.5billion to New Generation Telecoms.
The new man, Dikki
Mr. Benjamin Ezra Dikki, was until his appointment by President Goodluck Jonathan as the acting Director General of the Bureau of Public Enterprises (BPE), the Director of Industries and Services at the BPE.
Born on December 30, 1958, Dikki is a 1980 accounting graduate of Ahmadu Bello University (ABU), Zaria. He also holds an M.B.A from ABU.
He joined the BPE as a Director on December 1, 2004 and has served in many departments, starting as Director of Power and Communications. He has also served as Director (Finance and Management Support); Director (Transport and Aviation); and Director (Communications and Capital Market).
He was licensed as a stockbroker in June 1993.
Dikki has attended several courses and seminars in Nigeria and abroad. He is married with three biological children and adopted ones. He is from Zuru local government area of Kebbi State.
NERC insists no going back on electricity reform
The Chairman, Nigerian Electricity Regulatory Commission, NERC, Dr. Sam Amadi, reacting to the sudden sack of Onagoruwa, said, in spite of the glitches it will create in the electricity privatisation programme, there is no stopping the sector reforms.
He told Vanguard on the telephone that “There is no going back with the power reforms, and Mr. President should have the courage to continue with the process. We at NERC will continue to ensure that the integrity of the market is protected, for the success of the privatization.”
Technical Committee at a loss,
The Chairman, Technical Committee, NCP, Mr Atedo Peterside, in a test message response, denied having any idea of the DG’s sack, saying, “I am still trying to understand the facts.”
Although Onagoruwa’s sack is linked to the Manitoba management contract crises, Peterside, had earlier denied that it was his Committee that recommended the cancellation of Manitoba Hydro International’s Management Contract to manage the Transmission Company of Nigeria (TCN) for 3 years in the first instance. He said that such allegations were deliberately designed to discredit his committee
Manitoba sources said the company’s chief executive, Mr. Don Priestman, was not in the country, and that he would comment on the development as soon as he returned at the weekend.
Posted by Unknown at 23:12