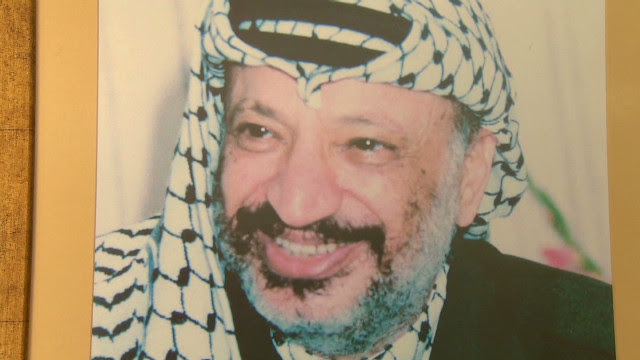 Ramallah, West Bank (CNN) -- The body of former Palestine Liberation Organization leader Yasser Arafat was exhumed Tuesday for tests to see if poisoning led to his 2004 death, according to WAFA, the official Palestinian news agency.
Arafat will be reburied with a military ceremony, officials have said.
Palestinian officials hope the tests will clear up questions over whether Arafat's death eight years ago was the result of poisoning by the radioactive element polonium.
The Palestinian Authority, which runs the West Bank, says it is convinced Israel is behind any poisoning of Arafat. Israel has declined to comment on the allegation.
Forensic experts from France, Switzerland and Russia were expected to take their own samples for independent analysis.
The new investigation started earlier this year after authorities said high levels of the radioactive substance were found on Arafat's personal belongings.
Francois Bochud, director of the Institut de Radiophysique in Lausanne, Switzerland, said his researchers had found high levels of toxic polonium-210 after testing Arafat's toothbrush, clothing and keffiyeh, the distinctive black-and-white headscarf he often wore.
The discovery prompted his widow, Suha Arafat, to lodge a formal legal complaint for murder.
She told CNN she wanted her late husband's body exhumed "to make sure 100% of the existence of polonium."
Palestinian Authority President Mahmoud Abbas subsequently approved the exhumation of Arafat's body from his mausoleum, which is in the Palestinian presidential compound in Ramallah.
The use of polonium-210 as a poison hit the headlines in 2006, when it was used to kill Alexander Litvinenko, a former KGB agent who came to Britain in 2000 after turning whistle-blower on the FSB, the KGB's successor.
In a deathbed statement from a London hospital Litvinenko blamed Russia's President Vladimir Putin, an accusation the Kremlin strongly denied.
Posted by Unknown at 01:10