RELIGIOUS leaders including the General Secretary of the Christian Association of Nigeria (CAN), Rev. Musa Asake; Director of National Issues of CAN in charge of North West Zone, Rev. Haruna Karatu; and the PRO of 19 northern states and Abuja CAN, Elder Sunday Oibe have condemned the comments credited to Pastor Tunde Bakare who was calling for a revolution because certain eminent religious leaders have private jets, saying there is nothing wrong with people donating aircraft to their religious leaders.
Bakare had said, a few days after church members donated a private jet to Pastor Ayo Oritsejafor as a birthday present, that a bloody revolution that would consume religious leaders who are acquiring private jets would soon break out in the country, as he urged their congregations to challenge them to explain where and how they raised the money to procure such expensive jets.
Responding, the CAN secretary said: “What is wrong with giving a birthday gift to Pastor Ayo Oritsejafor? Did he embezzle church money? Did he collect somebody’s money? If a group of people come together to buy him a jet to ease his evangelical work, why should that be a subject of public debate? 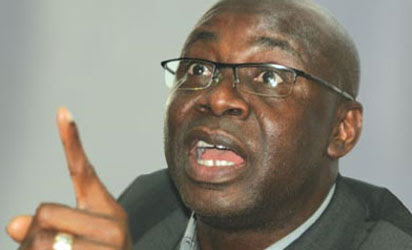 “Oritsejafor is a man of God. He is doing everything for the work of God”.  Also speaking on the ongoing debate in social media especially the tweet by former Minister of Federal Capital Territory, Mallam Nasir el Rufai, Elder Eghes Eyieyien said Nigerian pastors who own private jets should not be envied because they travel very frequently around the world ministering.
“Redeemed Christian Church of God has thousands of branches and millions of members on all continents of the world. Winners’ Chapel and Christ Embassy equally have many international branches and hundreds of thousands of members. Pastor Adeboye, Bishop Oyedepo and Pastor Oyakhilome travel thousands of kilometres monthly doing God’s work and have to be in places not well-served by commercial flights.
Posted by Unknown at 22:39