Abuja—The Presidency, yesterday, described the allegation by leader of Niger Delta Volunteer Force, Mujaheed Asari-Dokubo that President Goodluck Jonathan is  surrounded by greedy people, who may  prevent his possible re-election bid in 2015, described Dokubo’s assertion as a crab mentality  begotten from a wrong premise, which does not reflect the feelings of Nigerians about the current administration and the President.
Abati, who spoke to State House correspondents in Abuja, also described allegation by Dokubo of a rift between President Jonathan and President Olusegun Obasanjo, as untrue. 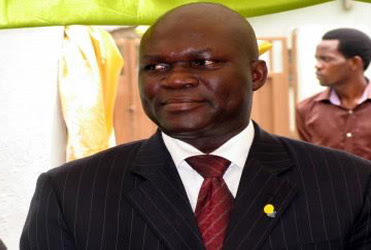 Abati said:  “Obasanjo is a man for whom President Jonathan has the utmost respect and they have an excellent relationship.”
Abati said Dokubo’s attack on the President amounted to a member of the house, who stands outside to urinate into the same house. He urged him to see the big picture and worry less about greedy people who are preventing other Ijaws from reaching the President.
“I was quite surprised that he would talk like that because as he himself admitted in that interview, he is close to government. So, I don’t know whether it is a wise thing for you to be a member of the house and then stand outside and urinate into that same house. Doing so may serve the purpose of sensationalism and it may please some mischief makers, but the truth of the matter is that wise people may think that that is not really the right way to go,” he added.