Gunmen kill US returnee in Enugu

ENUGU – Gunmen Wednesday shot dead a  US returnee, one   Ogbo Edoga, in his home town at  Aku,  Igbo-Etiti Local Government Area of Enugu State.
Report said  the  economist  was  trailed to the house of one of his kinsmen, from where the two assailants, accosted him and shot him at point blank. He reportedly died before reaching the hospital.
Family sources said the deceased returned to Nigeria to attend a meeting of Nsukka professionals  based in United States,geared towards raising funds for the construction of an ultra-modern medical diagnosis centre to be built at Ede Oballa community in the area.
Eye witnesses said  the  killers had asked the deceased ‘where is the money? But  the soft spoken Financial economist reportedly knelt down, begging his assailants to spare his life, only for one of them, said to have been armed with an AK 47 rifle,  to release several shots around his waist after forcefully snatching  his waist band. 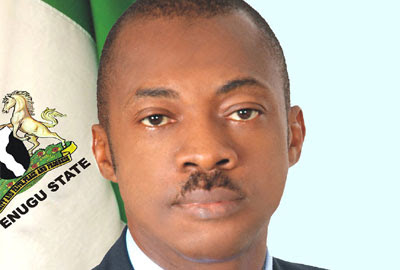 The assassins were said to  have escaped in a car belonging to a retired senior officer of State Security Service SSS who was passing by.
The incident, threw  Aku community into pandemonium , disrupting  programmes lined-up for the day, which included a reception for an indigenous priest  and the dedication of a structure built by the deceased’s twin sister’s husband.
Following this development, security has heightened in the area ,as a combined team of Military men and policemen  have mounted surveillance and patrol  all over the area in search of the killers.
Meanwhile, the Assistant Commissioner of Police in-charge of Nsukka zone, Ros Hamson Aladu, who confirmed the incident, described it as assassination . He therefore,  urged all returnees in the area to quickly apply for police protection.