KAFANCHAN – Former Head of State, General Yakubu Gowon (rtd) and Minister of Information, Mr Labaran Maku, yesterday, relived events preceding the take off of the ill-fated Navy helicopter that crashed last Saturday in Bayelsa State, killing former Kaduna State Governor, Mr Patrick Yakowa and former National Security Adviser, General Andrew Azazi and four others. They said they escaped death by the whiskers as they were scheduled to board the ill-fated helicopter.
General Gowon who spoke in Kafanchan, 200km, south of Kaduna town, during a Special Service Session to mark the 50th birthday of Apostle Emmanuel Nuhu Kure, of Throneroom Ministry, insisted that the incident was a mere accident, contrary to insinuations that it was planned to eliminate some people.
Meanwhile, Kagoma village, about 230km, South of Kaduna town, in Jema’a Local Government Area, where Yakowa was born, and would be buried today, is set to receive an unprecedented number of visitors, including President Jonathan Goodluck.
General Gowon in his speech recalled how he missed the tragic flight in the Naval Helicopter last Saturday. 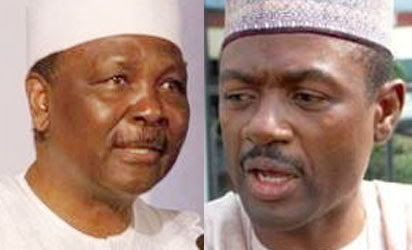 Gowon said: “As we were with the aide of the President to pay our condolence, they were arranging a Navy Helicopter to take us to Yenagoa (with Yakowa). But, another Helicopter was arranged for me and five others. And that was it.
It was an accident — Gowon
“So when I heard about this accident, it really pained me. And I want to say, well, you can never tell with some of these things. It was an accident. Don’t read any meaning to it. Don’t say that it  is planned to get rid of some people or something like that.
“It was an accident, yes it was an accident. There was this young Pilot of the Helicopter, who came to me after another helicopter was found for us, and he said to me, ‘sir, but I was  to  take you to Yenagoa, as part of my duty today’. And I said to him, ‘don’t worry, there will be another time. I really hope I will have the pleasure of flying with you again.
“These were nice innocent people. Something, probably mechanical, went wrong to have caused the accident. So it was not a plan to get rid of the Governor for whatever reason people want to guess.
“When, last Sunday, I saw the Governor (Ramalan Yero), who was newly sworn, I said , ‘I hope you will continue with the good work that your late governor was doing. It was the two of you that were doing the work. You were working to bring peace to Kaduna State.  I hope you will do something about this madness alluded to Boko Haram,  which, unfortunately is being alluded to Muslims
“If Boko Haram are Muslims, then they are not the Muslims that I have worked with over the years.  So don’t just blame Muslims for the violence, but that particular group that none of us understands.”
How I missed the flight —Maku
In his own narration of how he narrowly missed getting on the helicopter that crashed, Minister of Information, Mr Labaran Maku during a special Federal Executive Council meeting in honour of those who died during the crash, said:
“When we arrived, the late Governor of Kaduna State, Mr. Patrick Yakowa and Gen. Andrew Azazi were already seated. The two of them were full of life, we greeted, we embraced and later we went for the funeral. unknown to us, it was to be the last moment we would have with these two distinguished sons of Nigeria.

“Council members would recall that General Azazi served in this chambers with us when he was National Security Adviser. He also rose in the distinguished career of this nation to the rank of a full Four Star General.  He gallantly served as the Chief of Army Staff and Chief of Defence Staff, then he was invited by Mr. President to help this nation overcome one of the most serious security challenges since the end of the civil war in 1970.
“He served his nation with distinction, he served to the best of his ability, he was able to manage the situation he found himself in until the time came for him to have relief and be replaced by another Nigerian to continue with the efforts by Mr. President to give this nation peace.
“Governor Patrick Yakowa served and had a distinguished career in the Civil Service and rose to the position of Permanent Secretary in the Civil Service of the Federation.
“All the time he was Deputy Governor in Kaduna State, he showed courage, humility, patience and was a man of peace and even as Governor, he was such a good man. 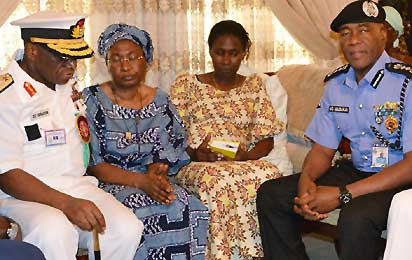