No fewer than two people were killed, weekend, in a communal clash between the Fulani and Gwari people, while 1,500 people were displaced.
The clash, which erupted at Gwarko, Gwagwalada Local Government Area of the Federal Capital Territory, FCT, last Saturday, was said to have been sparked off by encroachment of Fulani cattle into farmlands in the area.
Director-General of National Emergency Agency, NEMA, Mohammed Sani-Sidi, who confirmed this yesterday, said the prompt intervention of security agencies prevented the clash from escalating into a full scale war.
He commended the FCT Minister, Senator Bala Mohammed, for the promptness of his agencies and his physical presence at the scenes, appealing to the warring parties to live peacefully with one another and eschew any form of violence as the New Year approached. 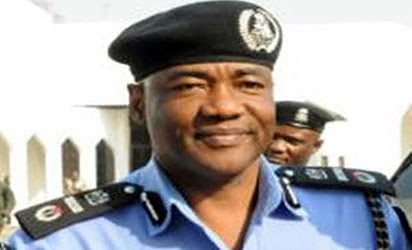 Sani-Sidi, who disclosed that two lives were lost and 27 communities affected, said over 1,500 internally-displaced people were currently squatting in a temporary camp on the permanent campus of the University of Abuja, Gwagwalada.
Muhammed, who led other government agencies to assess the impact of the incidence, appealed to the communities to remain calm as the government would ensure that the causes of the crisis would soon be addressed, so they could return to their homes.
The minister asked NEMA to provide more amenities to the victims. He also constituted an emergency team for conflict resolution and relief distribution to the affected communities. The committee comprise members of response agencies and Urban Affairs Department of FCTA.
On his part, the Sarkin Fulani, who spoke on behalf of the Fulani communities now residing at the university campus, thanked the FCT Minister and President Goodluck Jonathan for coming to their rescue.
He assured them that they will continue to live in harmony with the Gwari in the FCT, while urging the government to ensure that such incidents do not happen again.
Meanwhile, FCT Minister has called a meeting for today with leaders of both Fulani and Gwari communities, the Gwagwalada Area Council Chairman, traditional rulers of Gwagwalada and other stakeholders to ensure that peace between the communities was maintained.
Posted by AB4CHRIST at 02:14