LAGOS — The alleged strained relationship between President Goodluck Jonathan and his one time benefactor, former President Olusegun Obasanjo was further stretched, yesterday, after Obasanjo rebuffed the incumbent president’s claims that the army invasion of Odi in Bayelsa State in 1999 was a failure.
In a detailed response to the claim by President Jonathan, Obasanjo asserted that contrary to  the claim, the invasion of Odi not only killed the militants but decimated their capacity to wage such acts of terror against the state.
Obasanjo, however, said the Odi treatment would not necessarily be adaptable to the Boko Haram insurgency.  President Jonathan had during the presidential media chat on Sunday rebuffed claims of weakness made against him by Obasanjo, asserting that the invasion of Odi ordered by Obasanjo in 1999 was a failure.
“After that invasion, myself and the governor entered Odi…and saw some dead people. Most of the people that died in Odi were mostly old men, women and children, none of the militants was killed,” Jonathan said on Sunday. 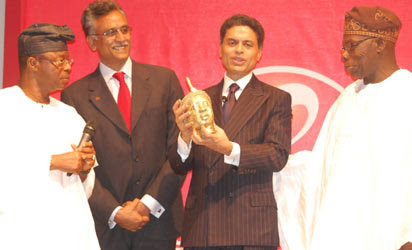 He continued: “If bombarding Odi was to solve the problem, then it was never solved. If the attack on Odi had solved the problem of militancy in the Niger Delta, then the Yar’ Adua government would not have come up with the Amnesty programme. So, that should tell you that the attack on Odi never solved the militancy problem and we had more challenges after that attack on Odi.”
Following the presidential media chat, Obasanjo reportedly briefed Mr. Femi Fani-Kayode, who served as his Special Assistant on Public Affairs and subsequently Minister of Aviation.