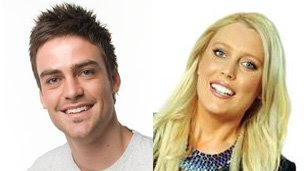 The Australian radio hosts at the centre of the royal hospital hoax say they are "gutted and heartbroken' over the death of nurse Jacintha Saldanha.
Mel Greig and Michael Christian wept during their interview on Australian television to be broadcast later.
They had pretended to be members of the Royal Family asking about the Duchess of Cambridge, who was being treated in hospital for acute morning sickness.
Mrs Saldanha was found dead on Friday, three days after taking the hoax call.
Posted by Unknown at 23:14